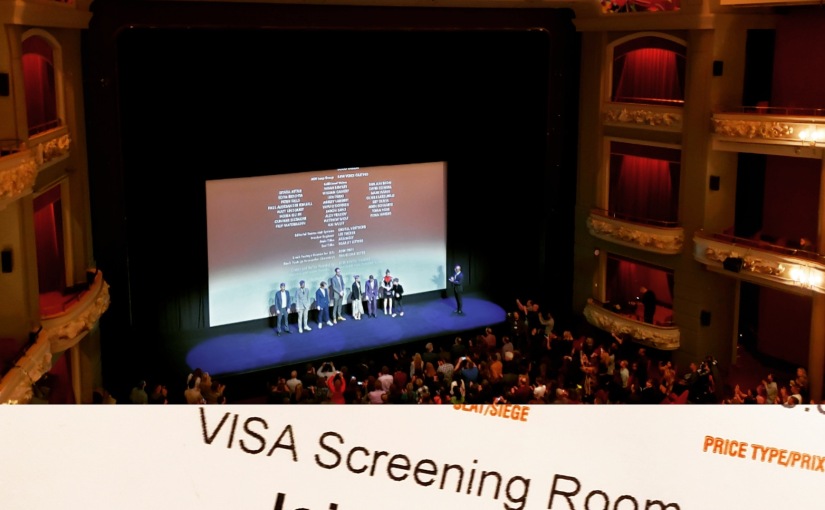 So excited that I was able to see the premiere showing of Jojo Rabbit at TIFF tonight!

This was another of Taika at his best. Taking him back to his bittersweet indie roots, his storytelling and humanity shows through at every moment. A story of a 10 year old nazi youth in full swing of his country’s ideology indoctrination, he starts his journey with his invisible best friend Adolf Hitler (Taika Waititi himself) going off to Hitler Youth camp. His mother is a wild and endearing woman with a playful attitude during this horrible time of war. The movie starts off hilariously, but it takes a little bit of time to allow yourself to feel okay laughing at this side of the german war and this little boy who wants nothing more than to do right by his fuhrer. After a terrible (and hilariously acted) accident, and the discovery that his mother is hiding a young Jewish girl in their attic, his ideals are turned upside down to the thoughts on the war he has grown up with. It’s a simple message delivered in a way that tells you what you already know. Facism is bad. It’s a story that Taika tells us needs to be told over and over again, because people easily turn a blind eye to the horrors of humankind, but heart and love can prevail. Roman Griffin Davis and Thomasin McKenzie are a great pair and carry the film with warmth and wonderful comedic scenes, but it’s Scarlett Johansson who leaves us with the memory of what it means to be on the right side of humanity, and to take life as it comes and teach your children what you can, when you can. Even surrounded by well-known and substantial actors, these two children stand out and bring the movie’s warm embrace. Taika is never afraid to lead with a joke, but he always takes the time to bring his message of humanity home by hanging on the sad moments of life too, not jumping over life’s tragedies to get to the next one-liner. He balances the good with the bad perfectly, leaving you walking away with a warm feeling in your belly.